Maine Gardener Appeals to the Next ‘Eater-in-Chief’

Roger Doiron, an organic gardener from Scarborough, Maine may have less than a third of an acre to work with in his own yard, but it hasn’t stopped him from thinking big.  Over the course of the past year, he has been eyeing a larger piece of land for a new garden project: the 18 acres surrounding the White House. 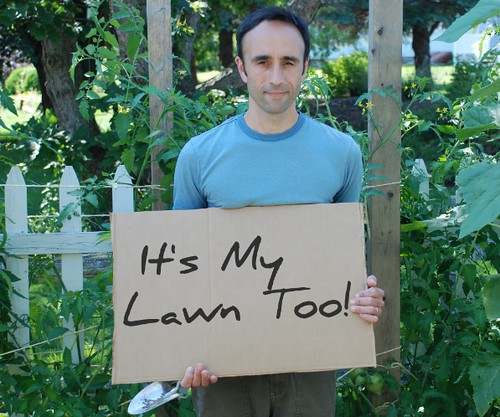 Last February, Doiron, 42, launched a campaign called ‘Eat the View‘ (EatTheView.org) to urge the next president to replant a Victory Garden on the White House Lawn.  More than just a quaint vegetable patch for the Obamas, this new garden, as Doiron envisages it, would be big enough to meet the White House kitchen’s seasonal produce needs with surplus going to local food pantries.

What began as a seed of an idea has sprouted into a thriving movement attracting over 20,000 supporters from across the country and media coverage in national outlets like the Washington Post, New York Times, and National Public Radio.  A number of nationally-known chefs, health advocates, farmers, gardeners, food writers, and environmentalists have lined up behind the cause.

Doiron’s proposal is not only winning hearts, minds and media coverage, but also national contests.  In October, his home-grown video called ‘This Lawn is Your Lawn‘ which shows him planting a new garden in front of his ‘white house’ (he lives in a small white cape) and challenging the next president to do the same won third prize in the ‘Climate Matters’ video contest.  The prize was to have his video shown on national TV to an audience of 50 million households.

More recently, the idea won first prize in the OnDayOne.org contest.  The contest, a project of the Better World Campaign, brought together over 5000 ideas for what the next president should do ‘on day one’ to help tackle global problems. Doiron’s proposal that President-elect Obama announce plans for a new White House Victory Garden won with 3994 votes. 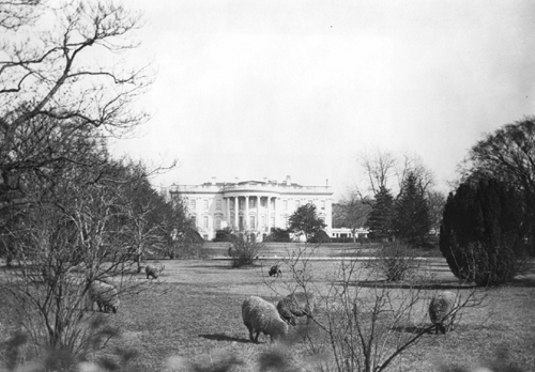 While it is unclear whether Mr. Obama will commit to this initiative, Doiron and his supporters are optimistic about their chances, emphasizing the proposal’s simple, symbolic and fiscally-responsible nature.  It requires no new spending, but rather redirects existing natural and human resources towards a more productive and socially-responsible end.  The sun and soil are already there, Doiron points out, as is the White House’s 13-person grounds crew who could help plant and maintain this new garden.

Doiron also sees a lot of potential political and public relations gains for Obamas in adopting it.  ‘President-elect Obama ran on a platform of social change and of reaching across the political aisle and national borders to tackle big problems together.’ he says. ‘Organic gardens do just that. They’re not conservative or liberal, white or black, male or female, gay or straight. They cut across all lines and offer a hands-on, low-cost way of making progress on global warming, food security, health care and energy independence.’

To some, Maine may seem like an unlikely place for the germination of such an initiative, but Doiron thinks otherwise.  ‘Mainers might be short on frost-free days’, he says ‘we’re long on the type of hope and patience that gardening requires. Despite our size and chilly climate, we’re home to several nationally-known garden writers, seed companies, and MOFGA, the largest and oldest state organic farming and gardening organization in the country. We’ve even got our First Lady, Karen Baldacci, showing the way by feeding her family from a backyard garden at the governor’s residence. If it can happen at the state level, surely it can happen nationally.’

For more information on the Eat the View campaign and how you can support it, please see: www.EatTheView.org